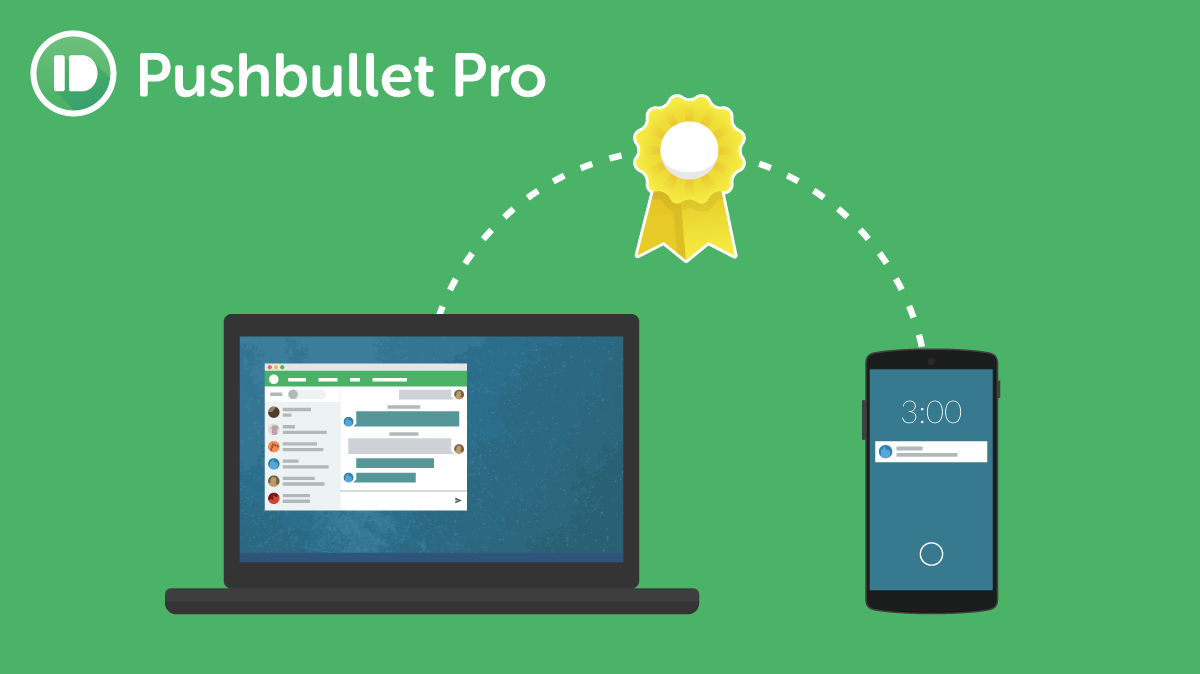 Pushbullet has come a long way since we got started two years ago. Our goal has been to create a useful and easy to use app that makes smartphones and computers feel more connected. We’ve been pretty successful, too—we’ve had millions of people sign up so far.

One question we’ve gotten more and more as we’ve gained popularity is, “How does Pushbullet make money?” Today we are answering that question—Pushbullet makes money by offering features worth paying for.

We’ve got another big batch of updates rolling out. Here’s the scoop on what’s new:

Pushbullet makes moving things between devices a breeze, except when you happen to want to move more than one at a time. Trying to push a few pictures to your computer can be a real pain when you have to select them one at a time.

With today’s Android update, that’s going to be much easier. You can now select multiple pictures or files to push, and we’ll take care of the rest.

Probably the most important new feature of Android 6.0 is runtime permissions. Instead of having to approve every single permission an app wants before being able to install it (or update), you can now approve permissions as an app needs them. This is a massive improvement for both users and developers so we’ve added first-class support for runtime permissions to our Android app.

We released Portal for Android earlier this summer. We’re happy to now have it available for iOS as well!

Portal makes getting files from your computer onto your phone as simple as possible, even if those files are very large or you have lots of files you want to transfer.

Pushbullet now supports end-to-end encryption for Notification Mirroring, Universal copy & paste, and SMS. This has been a popular request for quite a while now so we’re really happy to be adding support for it.

Using Pushbullet to see your notifications and texts on your computer is extremely convenient. In order to enable this, however, Pushbullet needs to forward some of your personal data between devices.

We know how important keeping this information private is, which is why we’ve alway used secure connections (https) like Gmail and Amazon. Secure connections do have a shortcoming for us though, the data is still visible to Pushbullet. To help you protect your privacy and ensure that nobody but you can read your data, we’ve added support for end-to-end encryption.

SMS Conversations On Your Computer

Pushbullet for Android has enabled seeing and replying to individual text messages for a while now. It’s one of our most popular features. Today, we’re turning texting from your computer into an amazing experience:

Instead of replying to individual messages, Pushbullet now has a full messaging experience for SMS that’s synced with your phone. This means you can comfortably text from your PC while at work, then pick up the conversation later on your phone and all of your messages will be right where you expect them to be.